Automation Can Spell Panic for Employees, But Also Relief Under the Right Circumstances

Automation technology has many workers concerned about the future of their jobs. Computers are one of the many technologies that grow exponentially more powerful with every passing year, and these improvements lead to innovations that can save businesses tons of time and capital, but when applied to automation, does this come at the cost of jobs? Let’s see why workers in certain industries might be concerned about automation, as well as whether or not their concerns are warranted.

Automation is when you use technology to fulfill tasks that would normally be done by humans with the intention of minimizing human input. When it can be carried out successfully, tasks can be performed with higher degrees of predictability, repeatability, and efficiency. This reduces the risk of user error and generally takes any unforeseen issues off the table, freeing up time for use elsewhere. Computing systems themselves have been used in automation for quite some time, but artificial intelligence and machine learning have brought about a whole new level of innovation, so much to the point that some workers wonder if they will be replaced by machines.

Is There a Reason to Worry?

This isn’t as straightforward a question as it might seem. Some are worried when there is no reason to be, whereas others are not concerned enough. Roughly a quarter of today’s workforce worries that automation is coming for their jobs within the next five years. In particular, young people are worried (37 percent), likely because they are generally more aware of how technology influences businesses to work toward automation. The older the worker is, the less likely they feel they can be replaced by automation.

Other contributing factors are age disparity and income difference. 34 percent of workers who make less than $50,000 annually are fearful their jobs will be automated. As wages increase, the number of those concerned decreases exponentially. Most jobs replaced by automation are those of unskilled workers, so this trend is not necessarily unexpected.

One way to see these differences is by looking at industries that have traditionally lost jobs to automation. Think industries like automotive, business support and logistics, advertising and marketing, and retail. Positions in these industries are more likely to be considered at risk.

Here’s an example: truck drivers are growing increasingly more wary of automation technology, as self-driving trucks are not just a developing technology. They have already made their debut in the industry. All it takes is some legislation and a bit of refinement for them to be here to stay, leading truck drivers to lose their jobs. The most concerning part of this is that these laborers do might not have skills that can be applied elsewhere to land themselves in a position with the same financial stability as previously.

In cases like those outlined above, it is clear that these workers are at very real risk of being replaced by automation. However, automation is not all doom and gloom for all workers. While it does take away certain opportunities, it opens the door for so many others.

How Can Automation Help Workers?

Some workers are threatened by automation, but others are finding that it is a great benefit that makes their jobs easier. Managing a business involves several small tasks that can be repetitive by nature, but the use of automation can make these tasks easier or completely automate them, freeing up time that can be spent on larger or more complicated tasks. When skilled employees are allowed to use the skills they have built up over time, they are going to be happier and enjoy their jobs much more, leading to greater overall satisfaction and productivity.

Automation gives companies the opportunity to save money, work smarter, and utilize all available resources to be as productive as possible. When businesses are able to maximize efficiency, the quality of products and services rendered can increase, leading to greater demand for such products or services, ultimately resulting in a greater demand for more jobs, opportunities, and workers. We hope that you can now see the value in automation for small businesses. What are your thoughts on automation technology? Let us know in the comments.

More posts from author
Monday, June 14, 2021 A Few Ways Unpatched Software Can Hamper Your Business
Friday, June 11, 2021 New Patent Suggests Microsoft is Working on Wellness Technology for Its Apps
Wednesday, June 09, 2021 Tip of the Week: How to Identify and Address Workplace Distractions 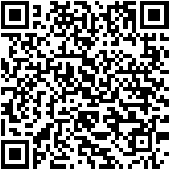 A Few Ways Unpatched Software Can Hamper Your Business
Anyone who uses a computer regularly knows that software can be finicky. Developers continuously update their software to account for changes in security threats and to add new features. For the small business, integrating and developing so...
Read More