6 Months Later, Windows 10 is Being Tested By 2x as Many Businesses as Windows 8

The most recent edition to the Windows family of operating systems, Windows 10, offers several new features that appeal to business owners. Yet, many businesses are still skeptical about adopting it for their entire infrastructure. Still, there’s good news abound for Microsoft’s OS, as compared to the unpopular Windows 8, Windows 10 is being tested on twice as many computers following its release date.

According to Spiceworks, there are several combined conveniences that can be attributed to the increased interest in Windows 10. Here are just a few of them:

If you’re not yet using Windows 10, you should consider doing so. It might have features that can help your business be more productive. However, you don’t want to make the jump to Windows 10 without first assessing your business’s needs. If you upgrade without checking your compatibility with your legacy applications and software, you can potentially fall victim to unnecessary downtime. By first assessing your business’s needs, you can avoid wasting time and resources.

Our trusted professionals have the skills necessary for helping you upgrade to Windows 10 with minimal consequence. For more information, give NSN Management a call at (918) 770-7400.

Facebook Twitter LinkedIn
Tags:
Windows Business Computing Windows 10
Tip of the Week: To Upgrade, or Not to Upgrade, He...
4 Great Ways Your Business Can Use Cloud Computing...

More posts from author
Monday, March 01, 2021 Scale Your IT to Better Manage Your Budget
Friday, February 26, 2021 If Your Backup Doesn’t Involve These Three Aspects, You’re Doing It Wrong
Wednesday, February 24, 2021 Tip of the Week: How to Generate Strong Passwords That You Can Actually Remember 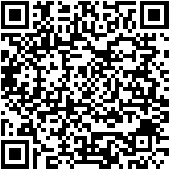 Scale Your IT to Better Manage Your Budget
Today’s business has to do more with less. This goes for all of its resources including the technology it uses. Runaway IT budgets can put a lot of pressure on the technology to do more than it can. To get the most out of your business’ tec...
Read More